Richmond, VA is very much a foodie town. But there has been a lack of proper poke for years now. Finally my wish has been granted and we have one in the form of the newly opened Hoke Poke in the Short Pump area of RVA. I’ve been three times in the last week.

So in the vein of Chipotle this is a pick your base and add your mix-ins and finish off with an array of toppings and sauces type place. But of course instead of marinaded beef, chicken and pork you get raw fish! Delicious, perfectly marinaded raw fish! 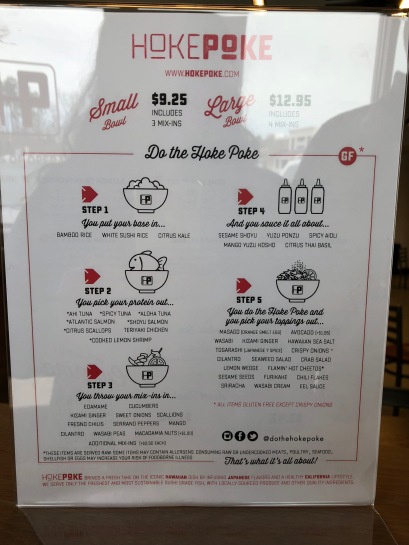 Rice is the most common base for a poke bowl. The Sushi rice is your typical white rice but the bamboo is a more floral and surprisingly green rice. As well as low carb options, specifically kale and mixed greens. There is a wide array of proteins, both raw and cooked. Salmon and Tuna make up the back bone of their options. With spicy tuna and a sweeter version of both salmon and tuna also available. The mix in are a variety of fresh vegetables and fruits. You get four mix-ins with a large bowl and three with a small.

The next bar you are going to hit is the toppings bar. Which has some things you would expect; cilantro, wasabi and pickled ginger. But also some more unusual things: seaweed salad and crushed flaming hot Cheetos in particular. You can have as many of these as you want, but the avocado is an up charge. 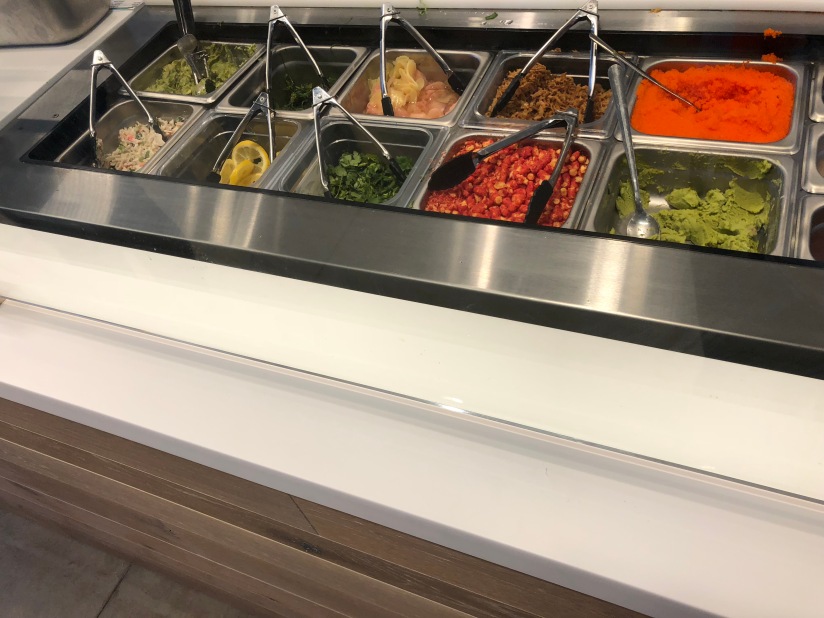 Lloyd and I both went for the spicy tuna but I used a lot more toppings than he did. I also decided to try the bamboo rice. It was definitely filling and very tasty. The next time I went I opted for the mixed greens as a base and I think that might be the way to go. But I’m a weird Indian and don’t particularly like rice.

I must also mention the boba milk teas! We tried the Taro and the Matcha. The boba was perfect and the flavors in the teas were rich and well balanced. I sampled the Thai tea and the golden milk tea on another visit. And if you go I would recommend the Thai tea, its definitely worth the calories. For non-tea drinkers you have to try their lavender lemonade. Have to.

If you live in the Richmond, VA area or have a Hoke Poke near you I definitely suggest a visit. If you haven’t had Poke and are a sushi fan than you should absolutely figure out a way to get this delight in your mouth hole.

All in all, a llavender llama, lavender lemonade cheers to Hoke Poke! Thanks for coming to RVA!