Sometimes you have the time to make a complicated meal, like my Herbs de Provence Chicken with Roasted Vegetables and Ratatouille but sometimes you want something quick and easy. When I want to get dinner ready quickly Trader Joe’s is usually my go to spot. It’s the closest grocery store to my house and I know where everything is. I can pick up a package of meat, some veggies and a carb and have dinner ready to go within thirty minutes of getting home. This week I found a new meat! Shawarma Chicken Thighs!

I sometimes crave Indian food but don’t have the time or energy to fix it. So when I saw this packet I was immediately excited. I’ve used these pre-marinaded packets from Trader Joe’s before and they are endlessly versatile. But I knew exactly what I wanted to make with these so I did a quick lap through the store and picked up some sauces and a packet of garlic naan and sped home. 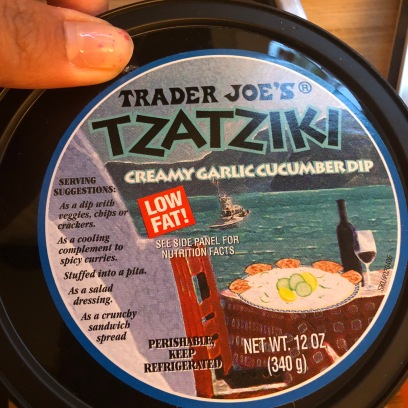 The Zhoug sauce is very similar to an Indian green chutney with garlic, mint, chillies and coriander. And the Tzatziki is like Indian raita, minus the cumin and add in some dill. So not identical flavors but comparable in a pinch. And of course I had to have garlic naan. I know they sell regular naan at Trader Joe’s but I just don’t understand why anyone would want the plain stuff when there is garlic to be had.

I cooked the chicken in a non-stick pan, using low sodium chicken stock to deglaze, took it out of the pan and let it rest before cutting it into strips. 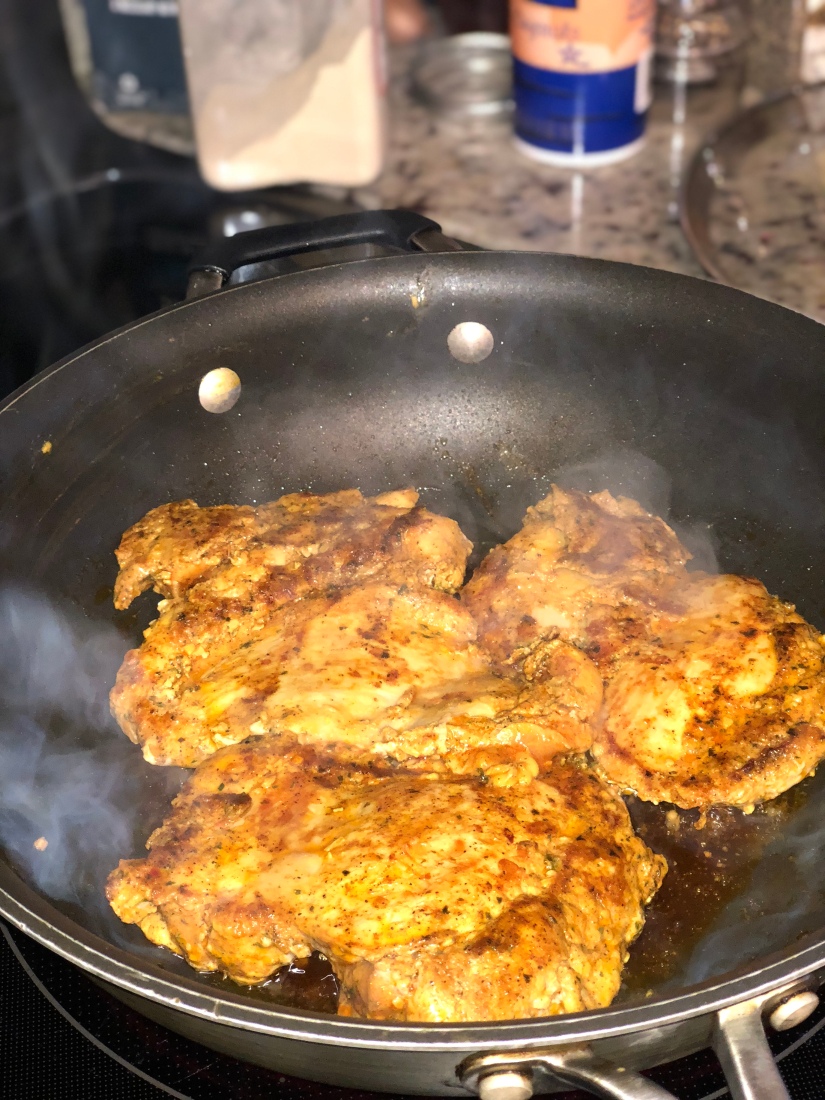 While the chicken was cooking I threw my naan in the oven to defrost 350 fahrenheit on a baking tray for about 5-6 minutes. And chopped up some leafy greens and cherry tomatoes I had in the fridge. 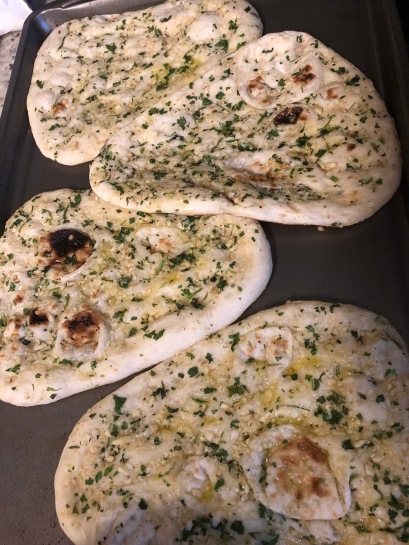 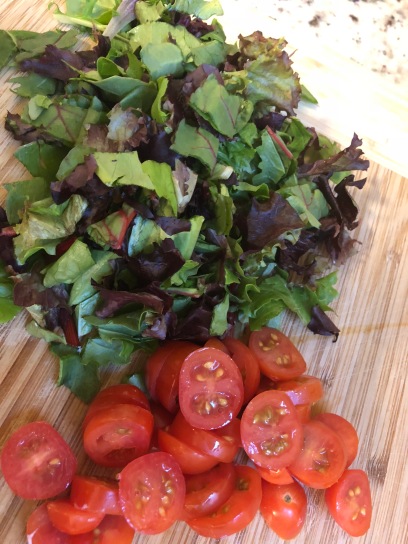 Now all that was left to do was assemble and enjoy! I would point out that virtually and combination of chicken, sauce, vegetable carb could be used to make this more to your taste. The Joe makes a delicious pesto chicken, for instance, which could be paired with tomatoes, greens, mozzarella on focaccia bread and drizzled with a good balsamic reduction.

I should also mention that I loved this chicken so much I went back for a second packet later in the week and made salads with them instead of wraps because carbs are evil. I used the same base of greens and cherry tomatoes and the two sauces I mentioned above.

I also added in some petite diced yellow bell peppers and half a shallot for color, flavor and texture. 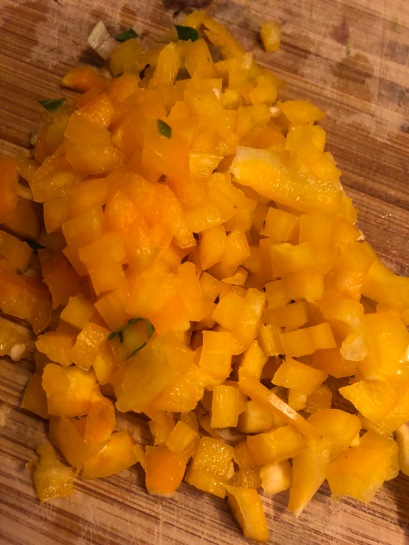 See it is endlessly customizable! I’d love to hear how you you made this idea your own with this chicken or any other! New ideas are always welcome!