Do you hate having to throw away food that you bought and never got around to using before it hit the expiration date or just got plain gross? Me too! I usually end up pulling everything that’s about to go bad out of the fridge and staring at it until I come with a way to throw it all together. Today I was slightly more prepared though and had a couple of pie shells in the freezer so I could make quiche with whatever was left in the crisper. And because pie shells come in pairs I made a second quiche that I could freeze and eat next weekend.

After today’s crisper raid I had half a red onion, a smallish red bell pepper and a box of sliced mushrooms. Plus some assorted herbs that were on their very last leg; basil, chive, and parsley. I chopped everything up and added it to the pan starting with the onions. I then added the bell pepper, mushrooms, some mince garlic and the herbs. And of course I added the mandatory trifecta of salt, pepper and garlic powder. 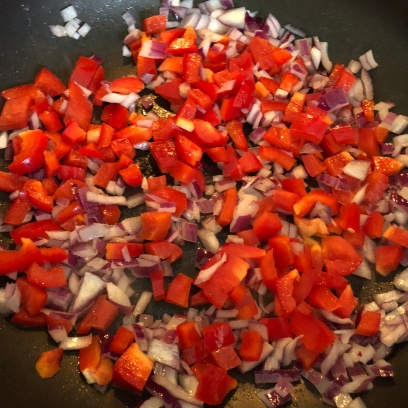 Once things were cooked down I added in some chicken sausage that I recently discovered. I like this one because it isn’t maple flavored or apple flavored or some other sweet nonsense. It’s actually a pretty nice replacement to the fattier pork country sausage.

It actually looks pretty good right now. My fiancé, Lloyd, would probably love it if I just turned it into a massive empanada instead of adding the eggs. Except he loves eggs. Lloyd is basically Gaston and eats five dozen eggs everyday and is roughly the size of a barge. Speaking of eggs, I made a quick egg mixture with about 8 eggs, a splash of cream, salt and pepper. My secret ingredient is about a tablespoon of corn starch. It makes the eggs extra light and fluffy when they bake. 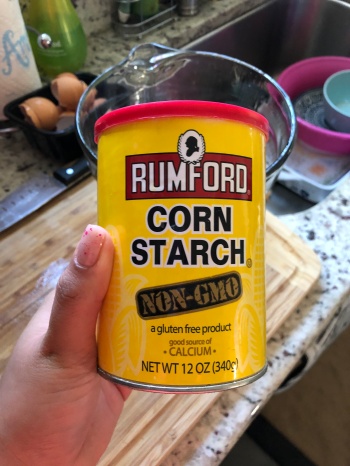 The next step is the all important cheese and decorating step. I had a little bit of jack cheese left in the fridge and I mixed that into the filling before I added the eggs and then topped with some cheddar and sliced cherry tomatoes. It made for a pretty pre-bake picture. And an even prettier post-bake shot.

Serves: 1-10. Who is to say you can’t eat two whole quiches all by yourself? You do you. I will not shame you with suggested portion sizes.

Ingredients ***the veggies and herbs I used are just a suggestion, feel free to use whatever is in your fridge***